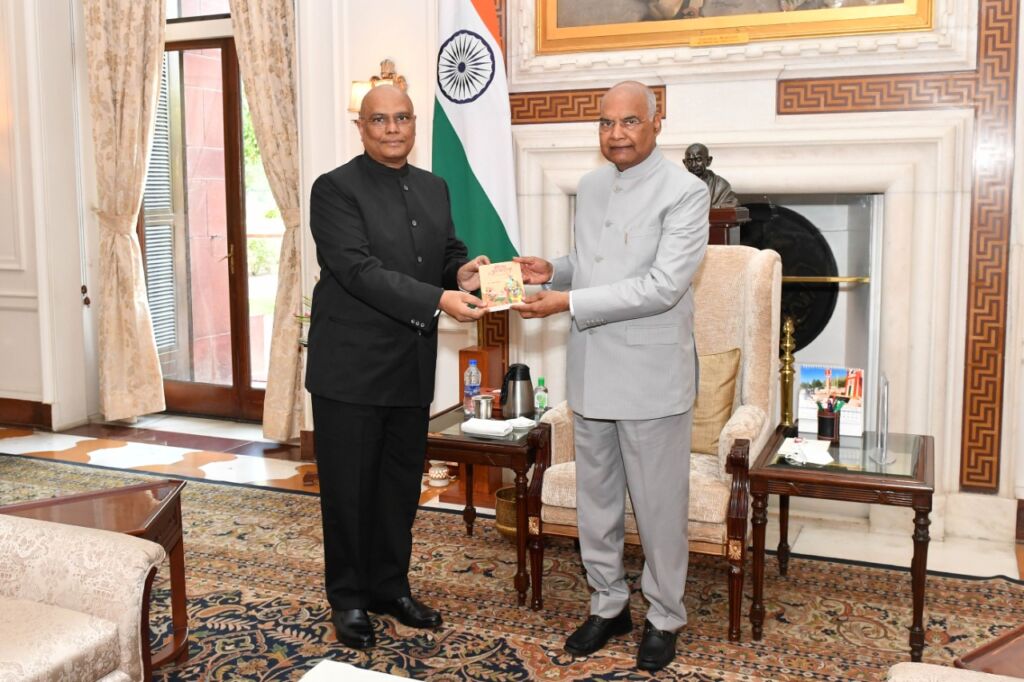 A copy of the Hindi book was recently presented to Hon’ble President of India Shri Ram Nath Kovind by the author K Siva Prasad at Rashtrapati Bhawan.

Mr. Siva Prasad is an IAS officer belonging to Punjab Cadre. He originally hails from the Guntur district of Andhra Pradesh. He did Engineering from the National Institute of Technology, Warangal in Computer Science.

He has done an extensive research on Bhagavad Gita and has deeply understood the meaning of the teachings of Lord Krishna. As he was interested in spirituality from an early age, he took up treading and understanding the Bhagavad Gita for the past two decades. Simultaneously, he was studying the western thought relating to psychology and behavioural sciences.

On this occasion, Mr. Siva Prasad said, “Bhagavad Gita deals at the roots of the issues we face daily, whereas we tend to handle them at the level of the shoots. These include the transient nature of things, polarities and dualities of the physical world, performing actions without anticipation of fruits of action, being witness, shedding the sense of doership and many more. Essentially, it’s about what we are rather than what we do and what we have”. He added, “The complex issues of life are addressed in Bhagavad Gita. These are made simple so that one can attain awareness about them by putting them into practice in daily life. It will help to attain joy irrespective of the circumstances one is facing”.

To spread the wonderful message of Bhagavad GitaMr. K Siva Prasad has started a Youtube channel by the name “Gita Acharan” and has also a website by the name www.gitaacharan.org.

The 200 pages book available in Amazon and other famous book retail stores at M.R.P Rs. 295/-.