New Delhi, March 22: Several political aspirants have carved a niche for themselves by working at grassroots levels and reaching positions wherein they are part of the system that helps change the course of lives. One such name that stands out distinctly through sheer hard work is Raj Bahadhur Chauhan. A highly qualified person who holds a bachelor’s degree in Arts and Law, he also has completed his master’s in law. He is an entrepreneur by profession who has been able to make a name in political circles as well. He has been responsible for being the National Media In charge of the Indian National Congress appointed by the Congress President Smt Sonia Gandhi To which, Mr. Raj Bahadhur has profusely thanked Shri Rahul Gandhi, Sonia Gandhi & Capt. Ajay Yadav (OBC Dept Chairman: AICC) for entrusting this responsibility.

Raj Bahadur Chauhan is the chairman of the All-India Jewellers & Swarankar Association. He was also a former candidate running for the Tilak Nagar Assembly constituency, New Delhi, in 2020. However, he had to concede his seat to another person, who eventually lost the election with only 1800 votes in his favour out of 2 lakh voters.
Being an entrepreneur came in handy to Mr. Chauhan, who knows how to manage the most valuable resource people. Holding the post of Chairman & Managing Director of Chauhan Ltd, Chauhan India Ltd & Taj Industries Ltd gave him the perspective to multitask and draw from people their needs and aspirations. Giving them the voice to fight for their rights and the support to march forward.

Since Mr. Chauhan had known the needs of the people because he has always been a people person, his association with various organizations before he even took a political plunge gave him the impetus to work on a large scale. And joining the political fray gave him the opportunity to be associated with great leaders like Shri Rahul Gandhi. He also got to meet other distinct and veteran party members who have been associated with dealing with people and the existing Governments. With their guidance and valuable advice, he knew his calling and joined the political arena. 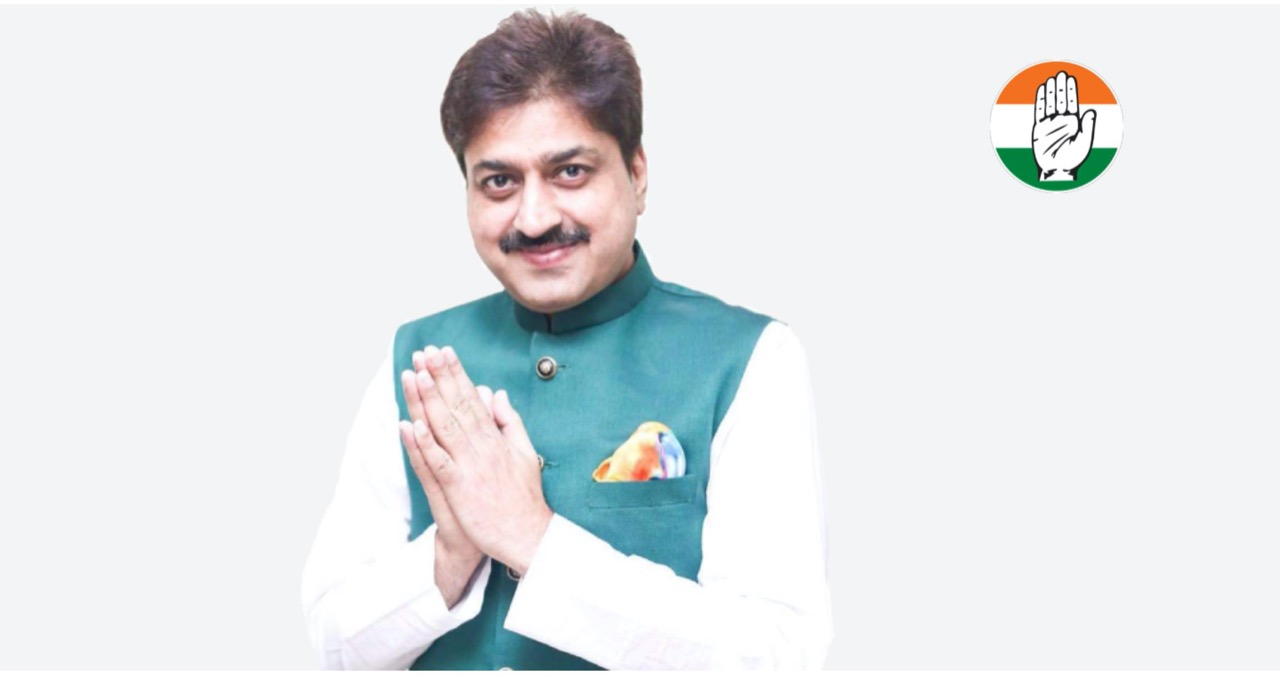 Mr. Chauhan has stood for the rights of the All-India Jewellers Swarankar Association, which was agitating against the Central Government, which imposed the Excise duty on the jewellery industry. He took up the agitation at Jantar Mantar in the capacity of the chairman. He went on hunger strike for eight days without even consuming water to protest against the anti-people economic policies of the Government. The protest received huge support from the then Vice President of the Indian National Congress Shri Rahul Gandhi, and other senior party leaders such as Shri Digvijay Singh, Ghulam Nabi Azad, Arvinder Singh Lovely, Ashok Gehlot, Raja Warring, Ahmed Patel along with Ajay Maken, who visited the venue.

In his stand against the Government for having anti-masses policies, Mr. Chauhan was brave enough to start agitation at Ramlila Grounds in New Delhi. He got the support of 10 lakh people who joined him to rally for the above-said cause from different parts of the country. The Government had imposed excise duty on the jewellery industry in 2016.
Presently Mr. Chauhan is the National Media Incharge of the All India Congress Committee (OBC Dept).